The widest oversize load in Poland 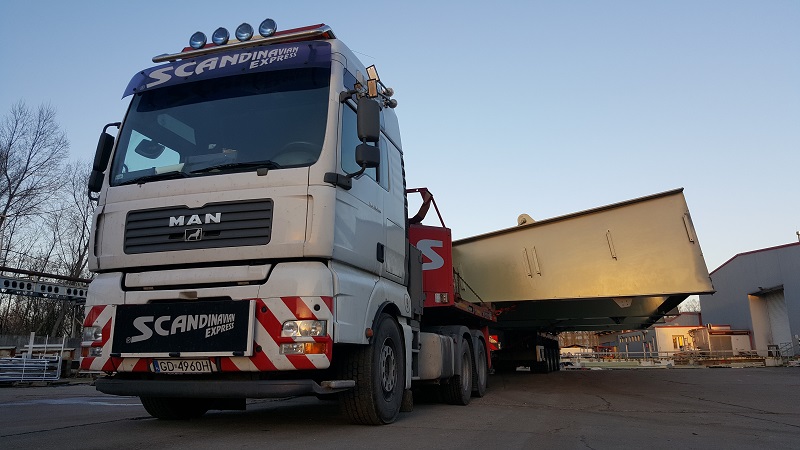 5 medium passenger cars driving next to each other on the local road? Yes, that is possible! The oversize loads department in Scandinavian Express proved that it is possible to transport 10,38 m wide load driving on local roads and collectors. This was the widest load ever officially transported in Poland.

This 28 m long and 4 m high truck&trailer with load – steel gangway for port loading device was transported to barge harbor in Police, West Pomeranian District, Poland. The load was transported on 4-axles Goldhofer tele-trailer. There were 9 people engaged in this project.

“Most of the oversize loads’ transports are invisible for ordinary traffic participants as they take place in the middle of the night” says Roman Jakubik, management consultant for oversize loads, Scandinavian Express. “People monitoring this kind of transport are responsible for the safety of other traffic participants as well as for the preparation of each section of the route. It is demanding especially when the transported load is wider than 2 traffic lanes, as it was in this particular example.”

The load was transported at night 27th of December, 2016. 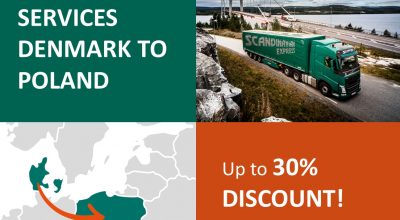 We support fight against COVID-19
All news >